Are Greywater and Rainwater the same? 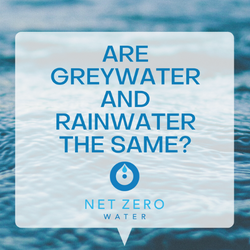 The word greywater is often misused in industry.

The word greywater is often misused in industry. Practitioners often refer to greywater as a treatment system for toilet flushing when the source of water is rainwater and not greywater collected from showers and sinks.

This “mislabel” likely stems from the fact that CSA 128.3 Performance of Non-Potable Water Reuse Systems, a standard intended for wastewater and greywater reuse applications, was the only standard available for non-potable water systems prior to 2018 and therefore was used as a guide.  In the absence of a standard written specifically for rainwater harvesting applications, practitioners and regulators looked to CSA 128.3 for reference. In doing so, the term “greywater” was incorrectly adopted to also describe rainwater used for toilet flushing. By the time a standard was published for rainwater harvesting systems in 2018, ICC/CSA B805-12 for Rainwater Harvesting Systems, , the term “greywater” had already been widely used to describe toilet flushing application for rainwater systems.

Going deeper: Rainwater is made up of rain that falls from the sky, which lands on a surface and carries whatever adheres to the surface. In this regard, the type of surface you are collecting rain from affects the overall water quality in the cistern. For example, a hard surface roof, roof with amenities for tenant enjoyment and a green roof contribute to different contaminant loads to the cistern including dirt, humic matter, colour, bacteria, suspended solids.

Greywater is made up of water collected from showers, hand sinks and laundry. In addition, human contact, soaps and cleaning products are carried by water to the greywater reuse system. This water is expected to have organic matter, bacteria, pathogens, and viruses as well as solid particles.

Treating rainwater and greywater requires different types of treatment. Therefore, the standard to evaluate treatment is specific to the source of water collected for reuse and both are very different from each other.

The standard for rainwater design and treatment is ICC/CSA B805-18 Rainwater Harvesting Systems, first published in 2018.

The standard for greywater reuse design and treatment is CSA 128.3, which was first published in 2012. The US equivalent of the greywater standard is NSF 350. Both are very different standards for different source water treatment. Note that both these standards also provide guidance for wastewater treatment for reuse. An explanation of these two standards will be featured in future blogs. 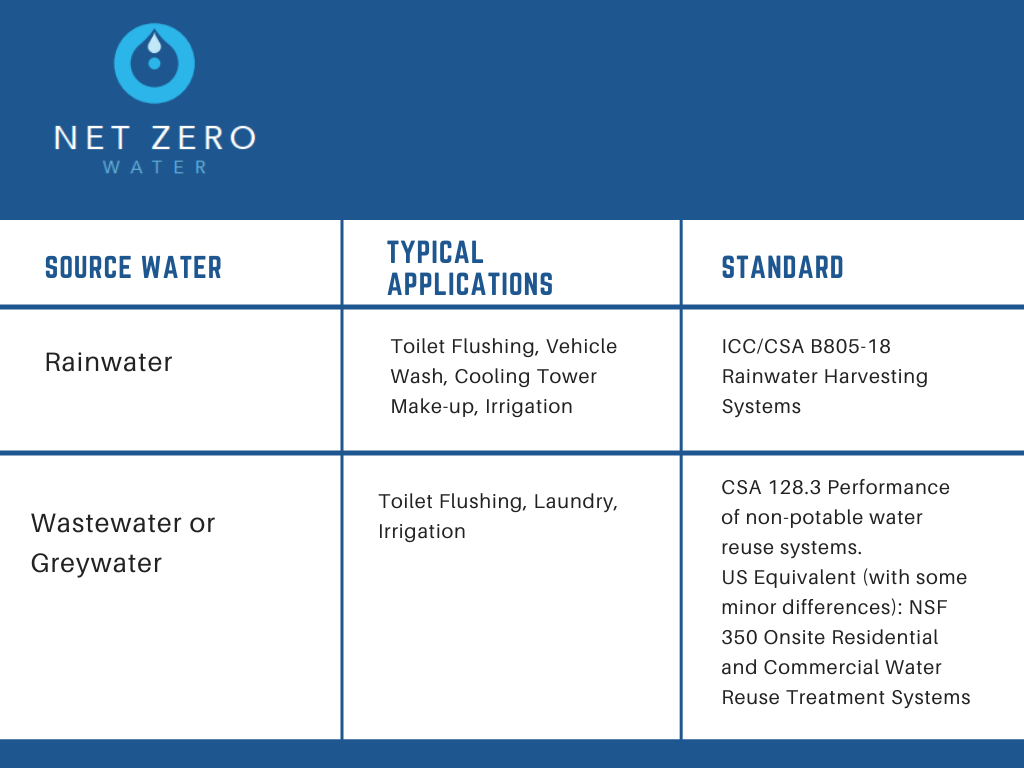 With both rainwater harvesting and greywater reuse standards now published, available, and referenced in the new National Building Code, the chance for terminology to finally be clarified and re-set will likely follow.